The final scoreboard at the end of the competition was as follows: 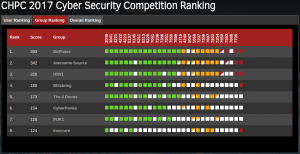 The South African NREN hosted a parallel event at the CHPC National Conference 2017 on the 5 December 2017.

The following presentations were made: