SANReN hosted its fourth Cyber Security Challenge as part of the annual CHPC National Meeting 2020. This year due the COVID-19 pandemic the challenge was hosted virtually over the weekend of the 28-29 November 2020. The event started with an induction for the students at 18h00 on Friday evening, 27 November 2020.

The South African NREN CSIRT is the 4th South African team to join FIRST which currently has a membership of 520 teams across the globe. The team entry can be seen on the FIRST members webpage.

SANReN hosted its third Cyber Security Challenge during the CHPC National Meeting 2019 at the Birchwood Hotel and OR Tambo Conference Centre in Kempton Park, from 01 to 04 December 2019.

SANReN is hosting its third Cyber Security Challenge during the CHPC National Meeting 2019 at the Birchwood Hotel and OR Tambo Conference Centre in Kempton Park from the 01 to 04 December 2019.

SANReN herewith requests proposals from South African public universities to host a grant programme that is designed to assist post-graduate students performing research in the fields of network security. This grant programme is aimed at:

Funding will be awarded to the university that is deemed to be most capable of leading Masters and PhD level graduate students, as well as post-doctoral researchers in the field of network security.

Universities that wish to apply for the grant programme can submit their proposals to Dr Renier van Heerden at renier@sanren.ac.za

The following teams participated in the final round:

The final scoreboard at the end of the 2018 competition was as follows: 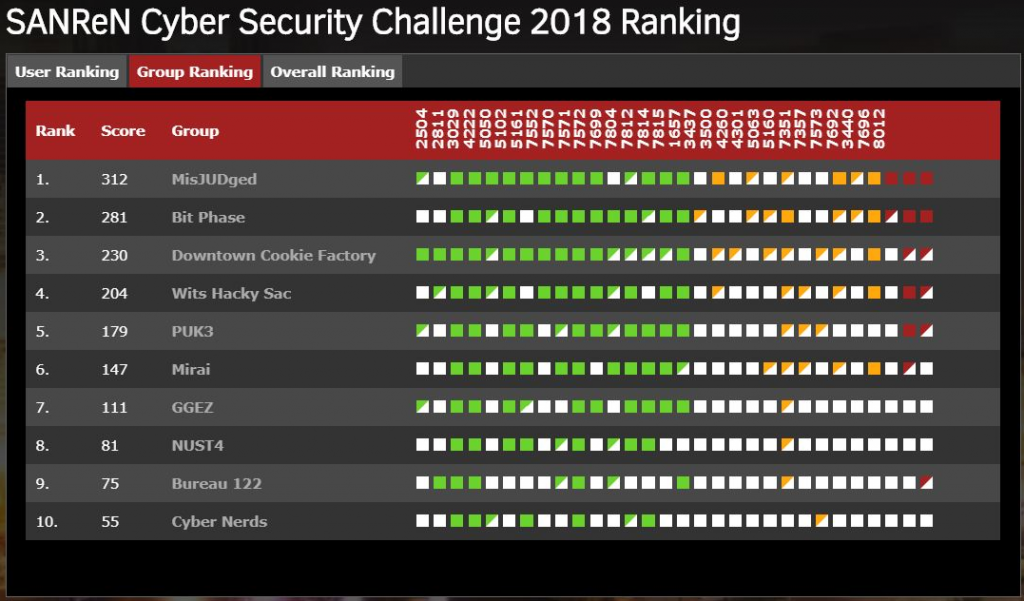